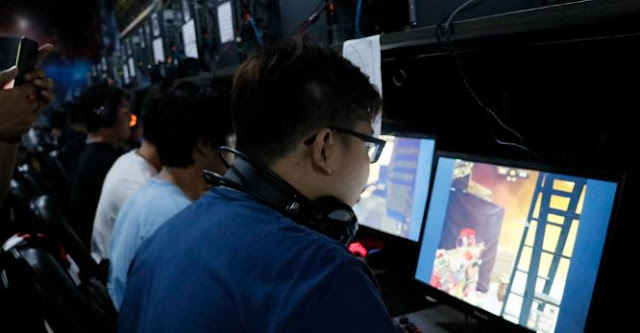 Saunfirmware - For you gamers, of course you are familiar with Steam application . This application is a digital distribution platform created by Valve Corporation and offers multi-player video game services. In practice, Steam does not only provide paid games such as Unknown's Battlegrounds, Rainbow Six Siege, No Man's Sky or The Witcher. Toppers can still enjoy free games in this application. So what are the recommended free Steam games? Well, to accompany you to spend your free time, here are 10 of the best and the latest free steam games and recommended PC specifications to play.

Who does not know this warship game? The game that was advertised massively was able to attract the attention of gamers who like warships. With more than 200 types of warships, from Destroyers to Cruisers and Battleships and Aircraft Carriers, players are invited to use their fighting instincts in this game.

The next free steam game is Team Fortress 2. The features obtained are more or less similar to the Counter Strike game, but with the FPS system. There will be as many as two teams, namely red and blue who will get objective. What is different from this game is that everyone has different roles, such as sniper, spy, scout or bomb squad. Of course to maintain the balance of the game, every job has advantages and disadvantages. So the team must be able to set a strategy to attack and defend.

A game that takes you to the galaxy by plane and acts as a ninja. Being one of the best-selling free games on Steam, Warframe has the right to carry the recommended games for you. In addition to having third-person perspectives as his playing method, many of the ultimate attacks, high-tech weapons and armor or what is called by the name of the game, Warframe. You can also choose a Warframe that fits your age, all depends on how to play both short and long distance.

Still not enough? They offer warships that can be upgraded as well as strong weapons capabilities. Explore every planet in the mission, collect materials for crafting features and fight with full strength.

After being exclusive to PS4, Bungie and Activision finally released Destiny 2 for free on Steam. Destiny 2 is a sequel that is said to have perfected various problems and complaints that appear in the first title. You can play FPS games with RPG elements solo. However, this game is much more fun if playing with your friends makes this game more challenging, and can create epic moments with your co-op colleagues.

War Thunder is a multiplayer game with a World War II theme and is also modern. In the gameplay there are fighting vehicles of which there are three types: Ground (ground), Air / aviation (air), Fleet (sea).

Each combat vehicle is subdivided by tech-tree which gives class to combat vehicles such as light tanks, medium tanks, fighter, interceptors, bombers, cruisers, destroyers, AA (anti-aircraft), and so on.

Although at a glance like World of Tank / Warship / Warplane, this one game brings together all the elements of war in one game. The player can also set the chart as low as possible so that it can run on a potato PC though. Even better because this one steam game is free to play.